Master Builder Gabriel Gauthier
Mr. Gauthier has a background in agriculture and landscape design. He gained experience working on his family’s farm and subsequently managing a 300-acre hemp farm in Quebec. He is also experienced in hemp processing and gained extensive knowledge of hemp construction by training under the guidance of hemp Master builders in France for a period of three years.

In 2003 Mr. Gauthier started his own hemp building company, ArtCan. Through ArtCan he has helped numerous people build their own hemp houses and has developed hemp building materials and tools for the industry. In 2005 he built the first hemp house in North America, located east of Montreal, Quebec, in Canada, as seen below. 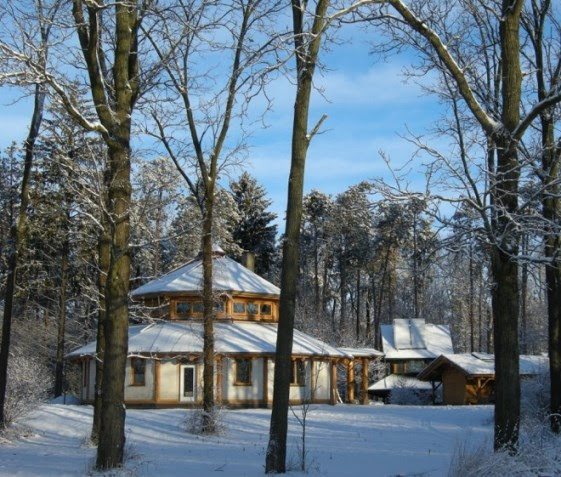 Some examples of hemp houses that ArtCan has applied its hemp building technology and expertise to.

In 2010 ArtCan became a supplier of consulting services and hemp building materials and equipment. Mr. Gauthier has expanded his construction activities through Gabriel Construction Chanvre (GCC) (visit their website for additional examples of hemp construction that profile their expertise in the industry). Also in 2010, Mr. Gauthier established a Research and Development division known as ArtCan R&D. Under the R&D company Mr. Gauthier has begun the manufacturing of prefabricated hemp houses, another first in North America. 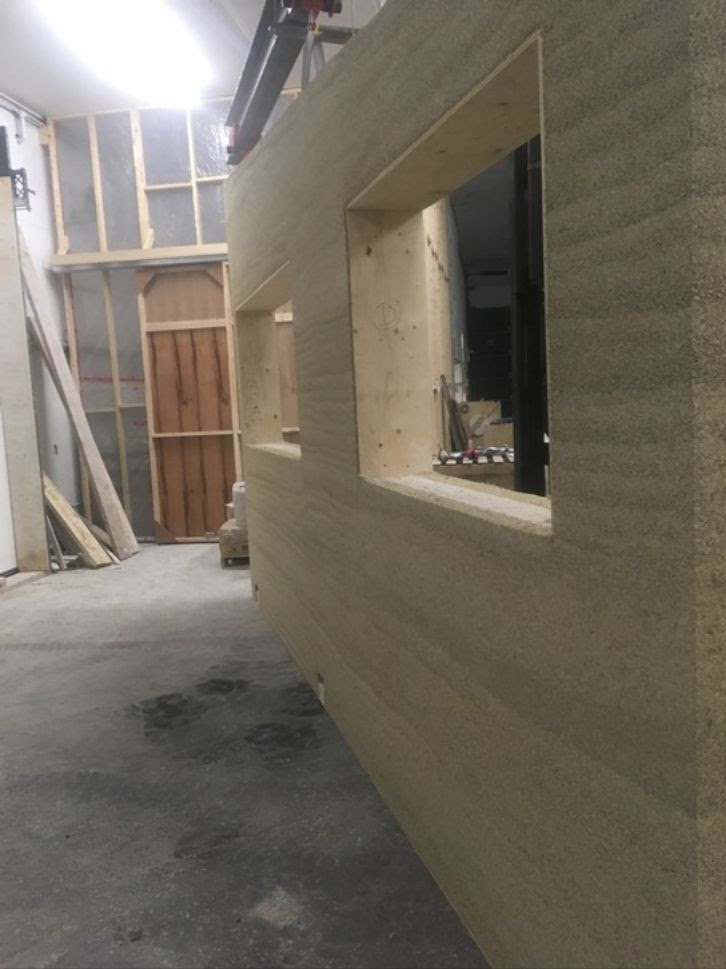 Over the years Mr. Gauthier has built more than 50 hemp houses in Quebec and Ontario, in addition to renovating over 100 homes using hemp materials. As a result, he has a developed a network of engineers and architects interested in the design of hemp houses.

In his quest to locally source quality hemp hurd he also became involved in hemp farming, in collaboration with Laval University’s school of Agriculture in Quebec City and a network of farmers to select and multiply hemp varieties suitable for local growing conditions.

Further to the Company’s recent news release of September 30, 2020 (Global Hemp Group Acquires Remaining 50% Interest in its Scio Oregon Hemp Project), per the terms of the acquisition agreement, the Company has issued the Marijuana Company of America Inc. (MCOA) 12,386,675 common shares of GHG at a price of $0.02 per share. As these shares have not been registered under the United States Securities Act of 1933, as Amended, MCOA will rely on the exemption from registration under the U.S. Securities Act provided by rule 144, which includes a hold period of one year from the date of issue.

About Global Hemp Group Inc.
Global Hemp Group Inc. (CSE: GHG / OTC: GBHPF / FRANKFURT: GHG), is focused on a multi-phased strategy to build a strong presence in the industrial hemp industry the United States. The Company is headquartered in Vancouver, British Columbia, with hemp cultivation operations in the state of Oregon. The first phase of this strategy is to develop hemp cultivation for extraction of cannabinoids and the smokable CBG flower market with the objective of creating a near term revenue stream. The second phase of the strategy focuses on the development of value-added industrial hemp products utilizing the processing of the entirety of the hemp plant, as envisioned in the recently announced Colorado Hemp Agro-Industrial Zone (HAIZ) project. Global Hemp’s Research and Development Division headed by Prof. Víctor M. Castaño, Ph.D. Prof. Castaño, a recognized leader in several areas of applied science and technology brings an amazing wealth of knowledge and experience in a number of different disciplines. There are three immediate areas of interest that Prof. Castaño and his team will actively be focused on to develop Intellectual Property that can be patented and implemented in the hemp and/or building industry, and in particular at Company’s newly announced Colorado Hemp Agro-Industrial Zone.

Shifting Regulations Signal of New Horizons for the Cannabis...

FacebookTwitterGoogleLinkedinEmailXing
We and our partners use cookies and related technologies to collect information about your use of our site for a number of purposes, such as bringing you personalized advertising and content. Please see our Privacy Policy and Cookie Statement for more information about how we use and share your information.
California law considers some of this activity to be a sale. California residents can opt-out of sales through the “Do Not Sell My Info” button.
Cookie settingsACCEPT
Manage consent

This website uses cookies to improve your experience while you navigate through the website. Out of these, the cookies that are categorized as necessary are stored on your browser as they are essential for the working of basic functionalities of the website. We also use third-party cookies that help us analyze and understand how you use this website. These cookies will be stored in your browser only with your consent. You also have the option to opt-out of these cookies. But opting out of some of these cookies may affect your browsing experience.
Necessary Always Enabled

Performance cookies are used to understand and analyze the key performance indexes of the website which helps in delivering a better user experience for the visitors.

Analytical cookies are used to understand how visitors interact with the website. These cookies help provide information on metrics the number of visitors, bounce rate, traffic source, etc.

Advertisement cookies are used to provide visitors with relevant ads and marketing campaigns. These cookies track visitors across websites and collect information to provide customized ads.

Other uncategorized cookies are those that are being analyzed and have not been classified into a category as yet.