mg Magazine, the preeminent national trade journal for the cannabis industry, announces the publication of a special feature about Nick Tennant, co-founder and chief technology officer at Precision Extraction Solutions with photography by Jacob Lewkow.

From his youth in Detroit to his time in college to his early entry into Michigan’s medical cannabis industry, Tennant has been on a trajectory to success. 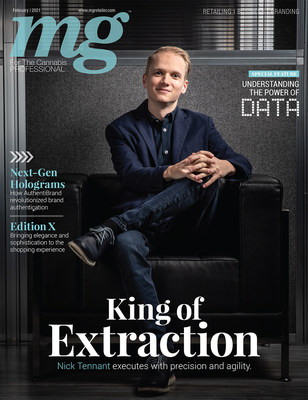 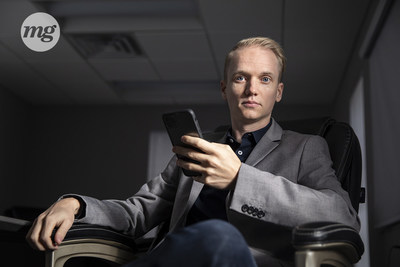 From 2006 to 2010, he familiarized himself with the cannabis industry and became an accomplished grower, manufactured edibles, established dispensaries, consulted with startups, and eventually launched his own cannabis school to share his knowledge with other up-and-coming weed entrepreneurs. Today, he runs one of the largest and most successful extraction equipment manufacturers in the world.

About mg Magazine:mg is the leading national trade media organization for the legal cannabis industry. Dubbed “weed’s hybrid of Forbes and Inc.,” mg analyzes and demystifies the people, plants, and products fueling the unprecedented growth of a renegade business culture slowly emerging from decades of federal prohibition. Visit mgretailer.com.

mg is a division of Inc Media, which also publishes the trade journal CBD Today and a variety of supplements focused on specific verticals within the cannabis industry.

Sundial Announces Issuance of New Warrants and US$89.1 Million Proceeds from Warrant Exercises

FacebookTwitterGoogleLinkedinEmailXing
We and our partners use cookies and related technologies to collect information about your use of our site for a number of purposes, such as bringing you personalized advertising and content. Please see our Privacy Policy and Cookie Statement for more information about how we use and share your information.
California law considers some of this activity to be a sale. California residents can opt-out of sales through the “Do Not Sell My Info” button.
Cookie settingsACCEPT
Manage consent

This website uses cookies to improve your experience while you navigate through the website. Out of these, the cookies that are categorized as necessary are stored on your browser as they are essential for the working of basic functionalities of the website. We also use third-party cookies that help us analyze and understand how you use this website. These cookies will be stored in your browser only with your consent. You also have the option to opt-out of these cookies. But opting out of some of these cookies may affect your browsing experience.
Necessary Always Enabled

Performance cookies are used to understand and analyze the key performance indexes of the website which helps in delivering a better user experience for the visitors.

Analytical cookies are used to understand how visitors interact with the website. These cookies help provide information on metrics the number of visitors, bounce rate, traffic source, etc.

Advertisement cookies are used to provide visitors with relevant ads and marketing campaigns. These cookies track visitors across websites and collect information to provide customized ads.

Other uncategorized cookies are those that are being analyzed and have not been classified into a category as yet.